Are you always the one who’s doing her best to make sure everyone else is happy and comfortable?

Do you like to find consensus rather than impose your opinion on others?

Are you good at providing sympathy to a friend in need?

Some would say you’re a “people pleaser” but I don’t like this term because it sounds like a criticism. But what you are is high in the personality factor “Agreeableness”.

Agreeableness is one of the factors in the Big 5 factor personality model. Personality psychologists generally agree that the Big 5 model is by far the most reliable and accurate method for measuring personality over the lifetime, as compared with Myers Briggs and others you might have come across.

Anyway, if you’re high in “Agreeableness” what does this mean?

It means you’re likely good at seeing other people’s points of view and then acting on that. Agreeableness is all about empathy, trust, and consensus seeking. You’ll tend to be helpful and kind. Quick to forgive, slow to get angry and you hardly ever fall out with people.

People high in Agreeableness tend to be pretty nice, all in all.

And women tend, on average, to have higher scores than men.

And for the record – if you ARE high in agreeableness – no I don’t think you’re TOO nice.

Being highly Agreeable is great. Agreeable people tend to have the most harmonious relationships.

IF they get together with a highly Agreeable partner.

And this is the crux of it. As someone with a high Agreeableness score, you need to have the right kind of partner to be able to thrive.

It’s kind of like the hawks and doves you get in game theory, if you’re familiar with that. Hawks exploit others for their own gain, while doves cooperate. In game theory you generally get the highest score as an individual, the best outcome, if you cooperate with another co-operator.

So we can imagine potential partners as hawks or doves then. It’s pretty rubbish for two hawks together – maybe it was like that for Johnny Depp and Amber Herd – both attacking each other.

Then if you have a hawk and a dove together – the hawk wins and takes all while the dove loses out – in that case it’s rubbish to be a dove.

But if you get two doves together then things are pretty wonderful because they’re both being nice and supportive to each other and both invested in their relationship – so in that case it’s great to be a dove.

So the bottom line is, agreeable dove people need to make sure they find other doves to be with!

Unfortunately though a lot of us get attracted to men who are hawks. Men who are dominant, have high status, a good salary or a high level of wealth.

Guys don’t get money and status by being highly agreeable dove types. They need to be less empathetic and more ruthless for that to happen.

So, for example, a study of male business executives found that their score on agreeableness negatively predicted their income, and how quickly they climbed up through the company ranks, and how high up the ranks they got. So male bosses, at least, tended to be at the lower end of agreeableness. In the competition for status and money, nice guys finish last

This is ONE of the reasons men tend to be less agreeable than women. Being nice is more costly for them in terms of being attractive to the opposite sex.

But if you are highly agreeable but your partner isn’t, because you’ve chosen a dominant, high status guy – if they’re more focussed on their own needs, they’re less empathetic and more ruthless – this is where you end up in a relationship where you get taken advantage of.

It’s a bummer, but it’s the truth – you can’t get everything in one man!

There are trade-offs to be made.

To have a highly agreeable partner, to have a NICE guy, you might have to accept that they’re going to be less competitive and might not have high status.

There are pros and cons with all personality scores. You have to decide what’s most important for YOU.

I’d suggest if you yourself have a high Agreeableness score, this means that your ideal trade-off in a partner moves towards the “nice guy-with-potentially-lower-status” end of the spectrum.

So this means looking for a guy who’s kind, considerate, looks out for others. Someone who’s nice to people, even when he thinks you’re not looking.

And you also want a guy who has a high welfare trade-off ratio skewed in your favour – and that’s what you’re likely to find in a guy with high agreeableness. So what I mean by this is he’s inclined to make sacrifices to his own wellbeing to increase yours.

A friend of mine told me about something her lovely guy does that demonstrates this high welfare trade off ratio concept well. She was telling me about how, on cold winter nights, he would lie on her side of the bed to warm it up before she got in. That’s nice. Obviously a small thing, but that tendency will play out in situations across the board, and if you can both be looking out for each other like this, then obviously that will be a great relationship to have.

And if you’re a super-nice person yourself – that makes it all the more important, and beneficial to find a guy who’s nice too.

So… before you go bending over backwards to please your dates or prospective partners, pleeeze make sure they’ve got what it takes to give you the relationship you need to be happy.

Dr Mairi Macleod is a behavioural scientist and helps women over 50 to find the man they need for the relationship they want. For more on her work and her programs, head over to https://www.datingevolved.com/

And you can book a complementary call with Mairi to chat about your dating challenges and she’ll give you personalised advice you can put into action right away!
Book a free call here: https://calendly.com/dating-evolved/scheduled-call 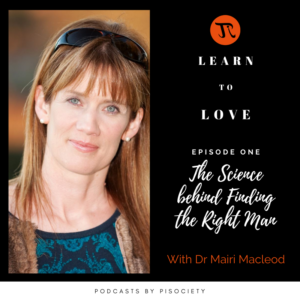 Want to join the discussion?
Feel free to contribute!

How to get your head into the dating game.